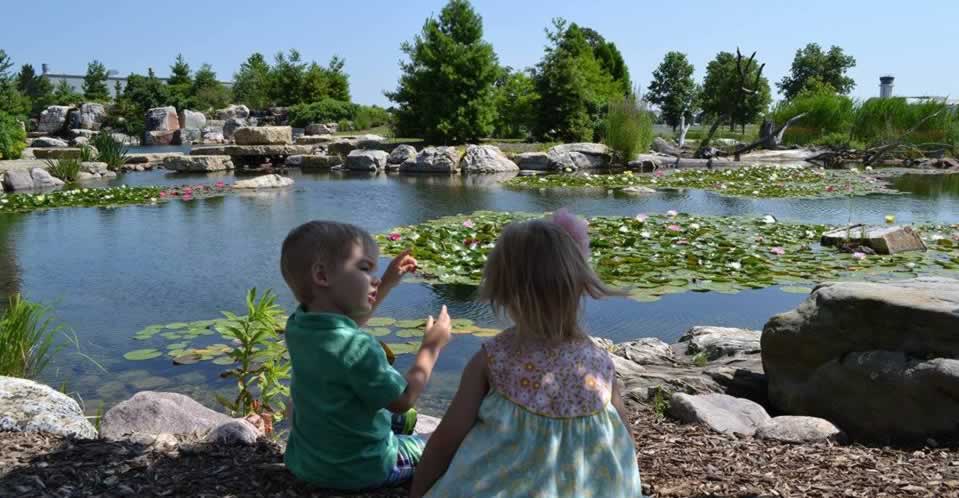 Anyone who sips their morning coffee by a backyard pond can already tell you how good spending time outside is for their mental health. But did you know nature can help your kids, too?

Growing up around green spaces may reduce the risk of developing certain mental illnesses, according to a Danish study published last month.Â The more time kids spend around nature throughout their childhoods, the less likely they are to be diagnosed with a wide range of disorders as they grow older.

The study used satellite data to measure the amount of green space – areas likes grassy parks and wooded trails – throughout Denmark. Researchers then looked at individual residents’ long-term mental health. The people who grew up in greener areas were up to 55 percent less likely to develop problems like alcoholism, mood disorders and a range of other mental health issues.

“The effect is remarkable,” Kelly Lambert, a neuroscientist at the University of Richmond, told NPR. “If we were talking about a new medicine that had this kind of effect the buzz would be huge, but these results suggest that being able to go for a walk in the park as a kid is just as impactful.”

Scientists have long noted a correlation between good mental health and growing up around natural areas. But figuring out whether that good health is the result of green space or other related factors – like the fact that wealthy families are more likely to have easy access to parks – has proven difficult.

The researchers who conducted this newest study caution that they also can’t say for sure that correlation is the same as causation. Their findings nonetheless stand out because of the unprecedented amount of data the researchers were able to access throughout the study – all of which suggests that access to green space has a positive effect on mental health, regardless of your socioeconomic status, family history or whether you live in a city or on a farm.

After installing thousands of eco-friendly water features over the past 30 years, we can say – at least anecdotally – that people do seem a lot happier when they can enjoy the sound of trickling water and the sight of blooming plants in their own backyards. We’ve also written in the past about how green spaceÂ can decrease stress and even help you heal.

Our goal here at Splash is to help you Relax and Reconnect with Nature™ because we’ve long believed that spending time outside is great for the body, mind and soul. The fact that the science people seem to think so too is just an added bonus.

Read more about the study via NPR.