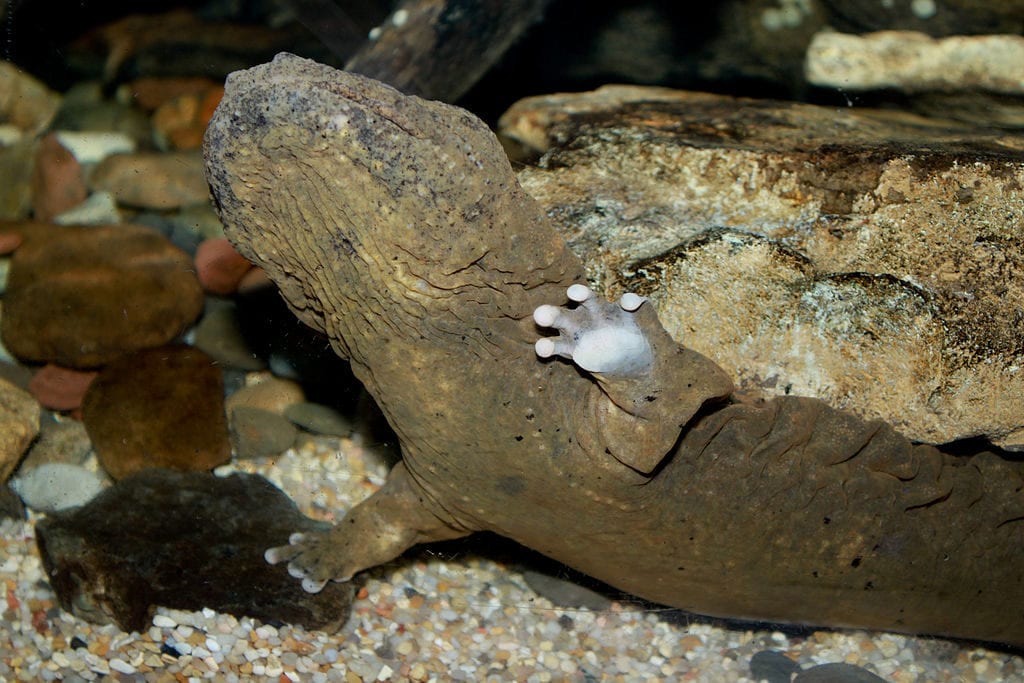 Conservationists call it an Eastern hellbender. Others call it a snot otter.

Pennsylvanians can soon call it their state amphibian.

The Eastern hellbender dwells in the East Coast’s swiftly moving streams, so don’t expect one to visit your pond any time soon. Still, if you own a pond, you probably appreciate the many weird creatures that call Pennsylvania’s waterways home. And it doesn’t get much weirder than the Eastern hellbender.

Hellbenders are the largest salamanders in North America, sometimes growing to 2 feet long. They also hold the distinction of fourth-heaviest amphibian in the world, weighing in at as much as 5 1/2 pounds.

You can also recognize a hellbender by its slimy, wrinkled skin – which it uses to absorb oxygen from the water – as well as its flat body, which fits perfectly under stream rocks.

The hellbender’s size alone makes it unlike anything else in Pennsylvania’s waterways, although young hellbenders look somewhat similar to common mudpuppies. Hellbenders, however, lack the external gills that appear on mudpuppies and almost always grow larger in adulthood.

A Hellbender by Any Other Name … 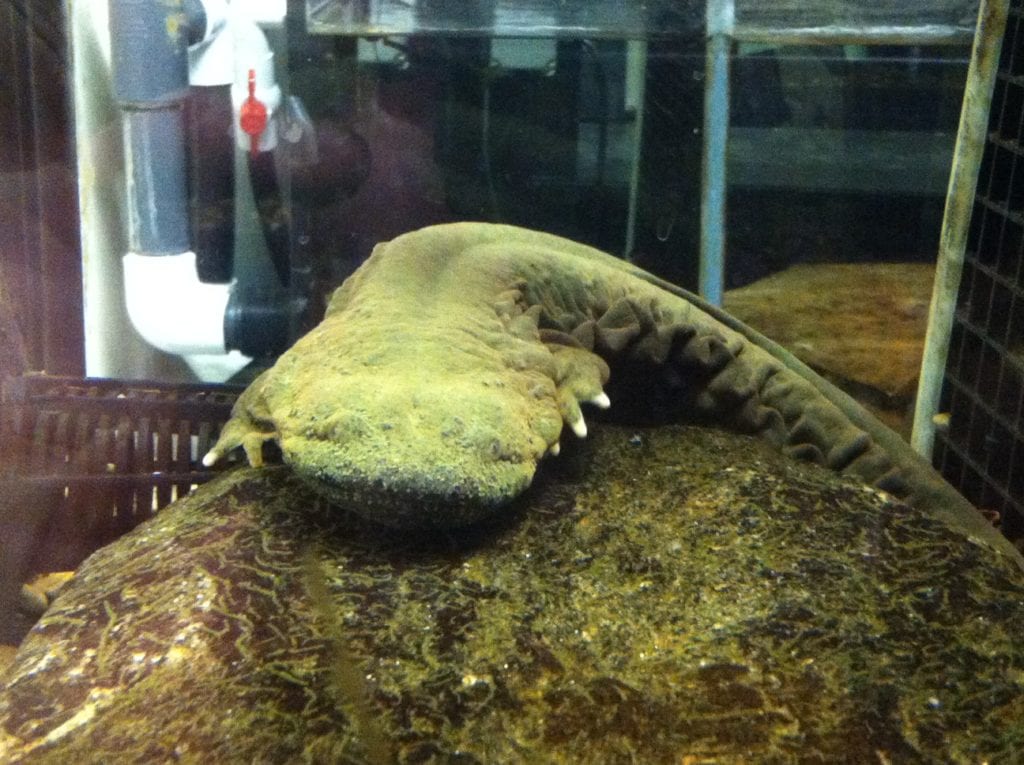 So where did the hellbender get that oh-so-menacing name? Check out these theories from the Missouri Department of Conservation:

One theory claims the hellbender was named by settlers who thought “it was a creature from hell where it’s bent on returning.” Another rendition says the undulating skin of a hellbender reminded observers of “horrible tortures of the infernal regions.”

“In reality,” the department concludes, “it’s a harmless aquatic salamander.”

Unfortunately for the mild-mannered hellbender, the nicknames don’t get any kinder from there. Here are a few other monikers these poor guys have earned over the years: 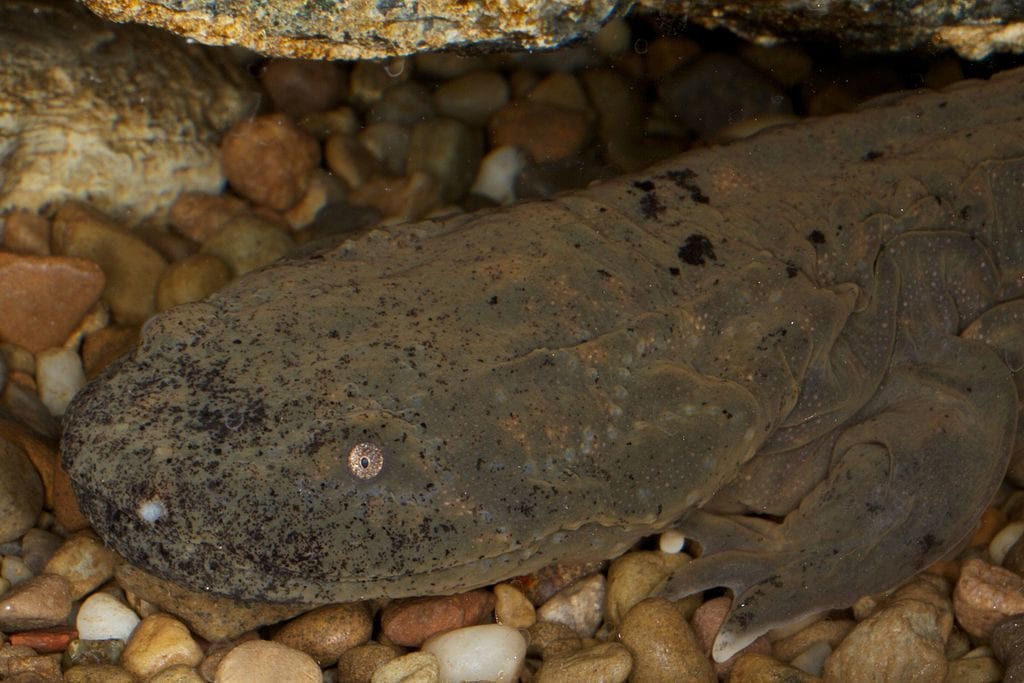 Hellbenders need a very particular habitat, and it’s not your backyard pond.

These amphibians live in streams from southern New York to northern Georgia. They enjoy clear, fast-moving water with big rocks under which they can hide. This environment not only gives hellbenders shelter but also provides the precise temperature and oxygen levels they need to survive.

Hellbenders spend most of the their time hiding under rocks, venturing out occasionally – usually at night – to snack on crayfish and minnows. They rarely wander far from their favorite hangouts and prefer to avoid other hellbenders, except for during breeding season.

Hellbenders can only live in the cleanest of water, and scientists have consequently used their presence as an indicator of good water quality.

Eastern hellbenders once thrived in Pennsylvania, showing up in abundant numbers as recently as the 1990s. Factors like pollution, disease, warming water and increased runoff caused by the removal of streamside tree, however, have devastated their population.

While the Eastern hellbender does not have protected status in Pennsylvania, conservationists have warned of a bleak future for the sensitive amphibian if its habitat continues to disappear.

Eastern hellbenders’ declining numbers and nocturnal habits make them difficult to find even in their preferred stream environment – so you’re certainly unlikely to ever see one in a pond.

Lots of other amphibians, however, love to make use of your backyard oasis. Keep an eye out for American toads, bullfrogs and all sorts of other critters hiding among the rocks and plants, especially during the spring mating season.

They’re no snot otters, but they’re still fascinating to watch.